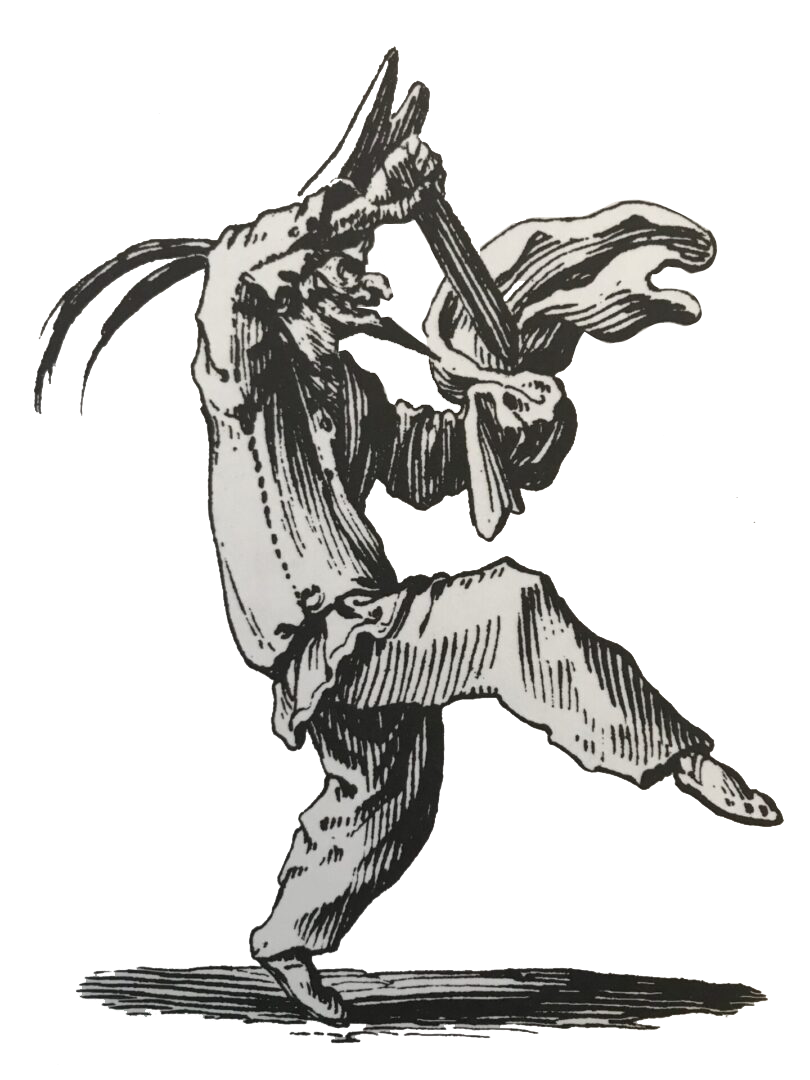 What is Commedia dell'Arte?

Commedia dell'Arte is a type of comedy developed in 16th and 17th century Italy, characterized by improvised text based on plot outlines (scenarios). It differed from commedia erudita which were comedies with written, rather than improvised, dialogue from the same period.

Commedia dell'Arte featured stock characters, some of whom wore distinctive masks. Literally, it means comedy (Commedia) of the professional guilds or artists (dell'Arte). Its popularity in Renaissance Europe can be attributed to the talents and special skills of the actors who were acrobats, dancers, musicians, orators, quick wits, and improvisors possessing thorough insights into politics and human nature.

The populace loved the stock characters and their antics, much the way contemporary audiences love the Marx Brothers' movies or TV sit-coms with stock characters like "Gilligan's Island" and "Friends.”

Where Was It Performed?

Most Commedia troupes performed outdoors in city and town piazzas on stages they brought with them in horse-drawn carts, along with their equipment, props, costumes, curtains, and ladders. The stages were usually built high (up to 2 meters), allowing spectators an unobstructed view of the action, and giving actors a storage area and change room underneath. Some of the better Commedia troupes performed in Renaissance theatres such as Palladio's theatre in Vicenza or the Petit Bourbon in France.

Why Is Commedia dell’Arte Important?

In all periods of Western culture since the Renaissance, Commedia dell'Arte has been a conscious or subconscious presence. Using sexually challenging language and physical comedy, Commedia pokes fun at elements of society's respectable values by means of exaggerated styles and insightful character traits. The stock characters of Arlecchino (Harlequin), Colombina, il Dottore, il Capitano, il Magnifico (Pantalone), and Pulcinella can be found in music, visual arts, dance, and theatre as themselves or as inspiration for specific characters. 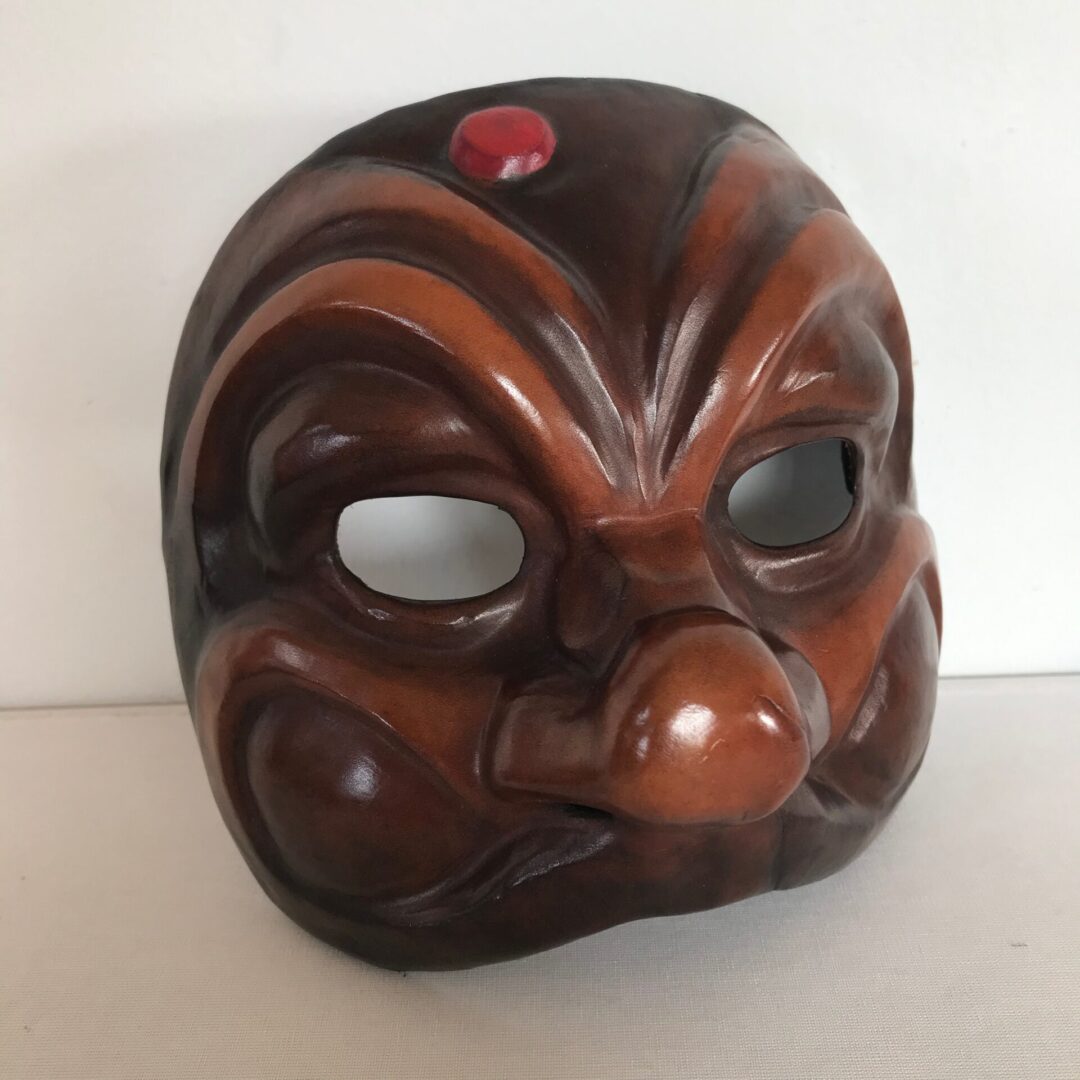 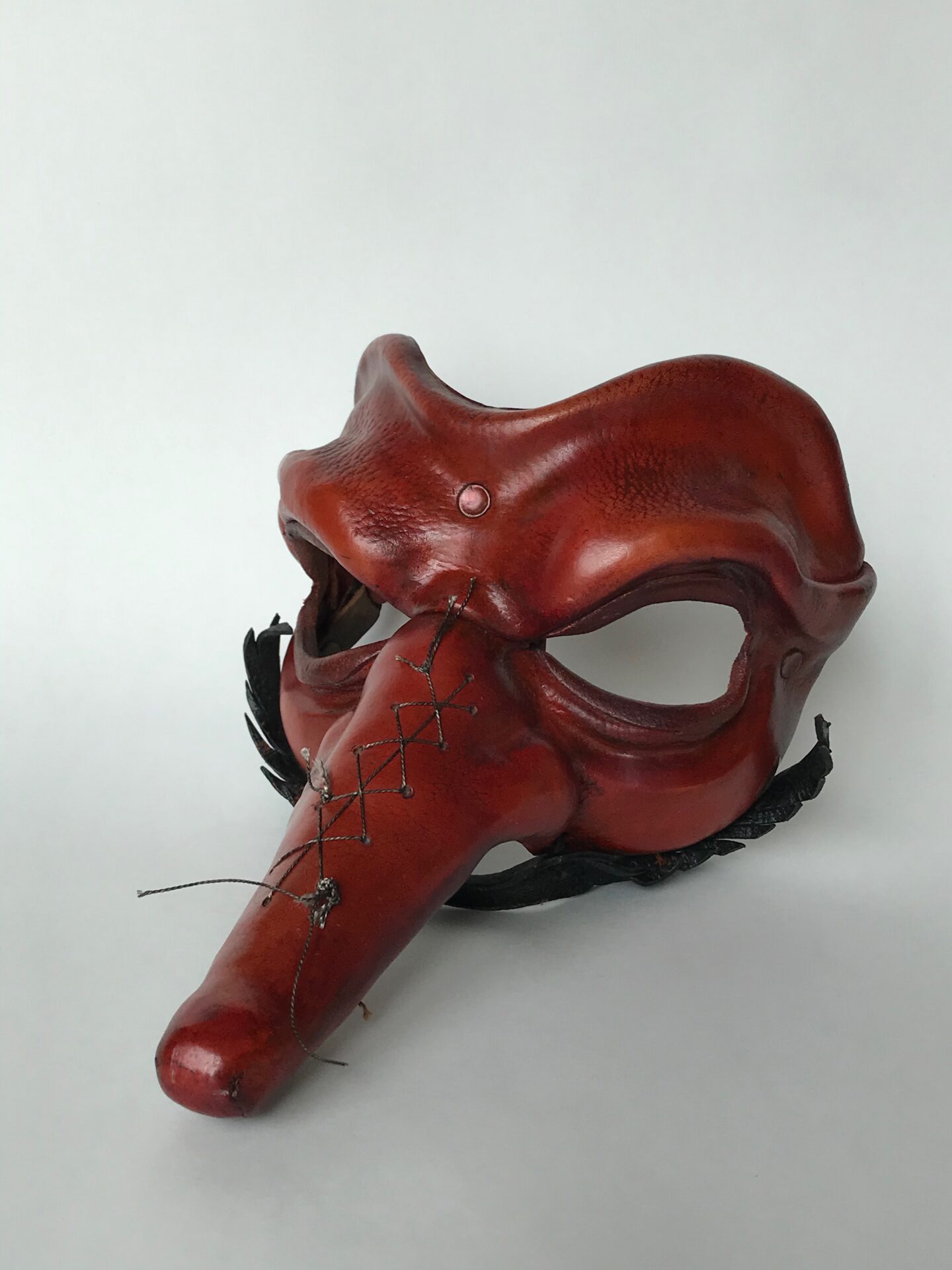 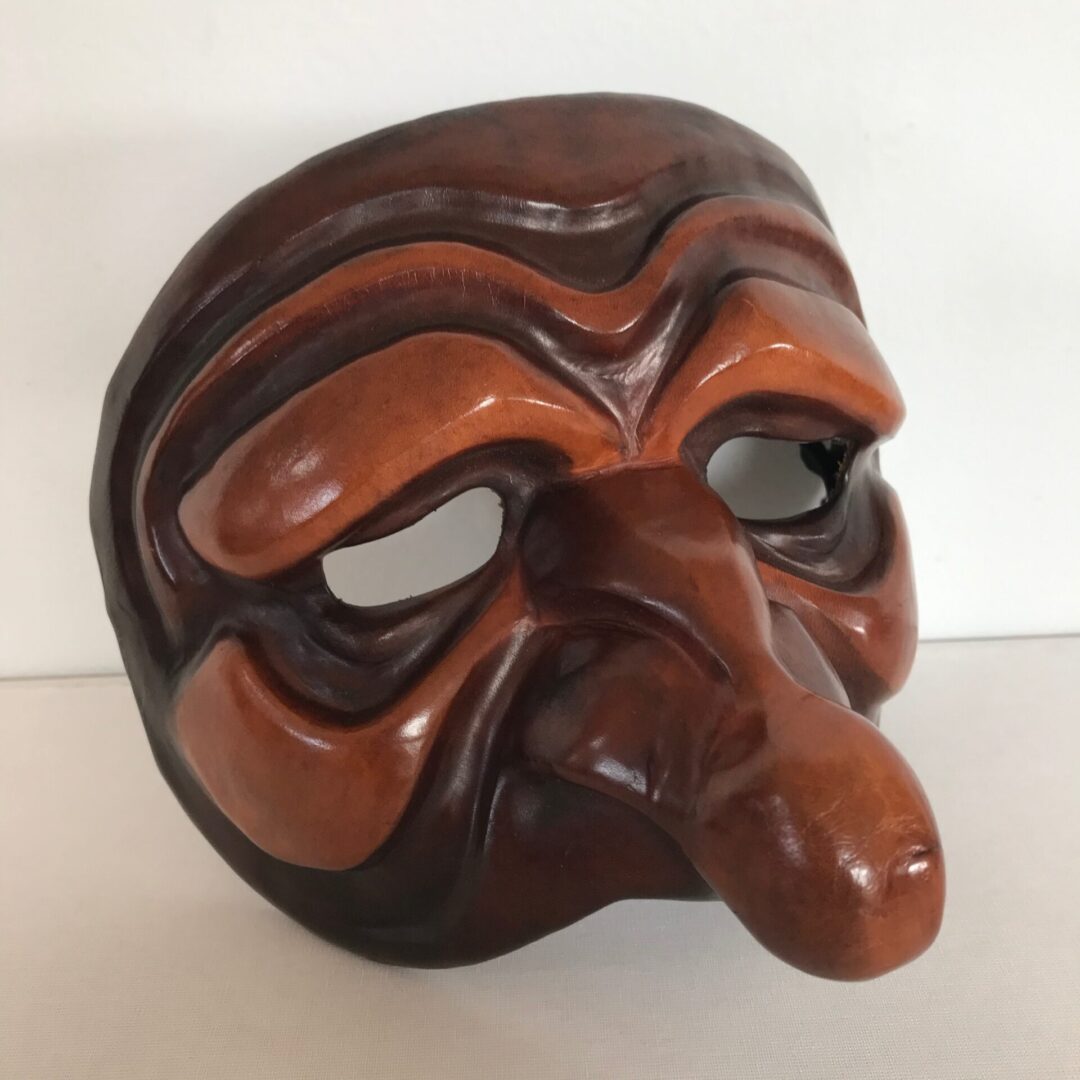 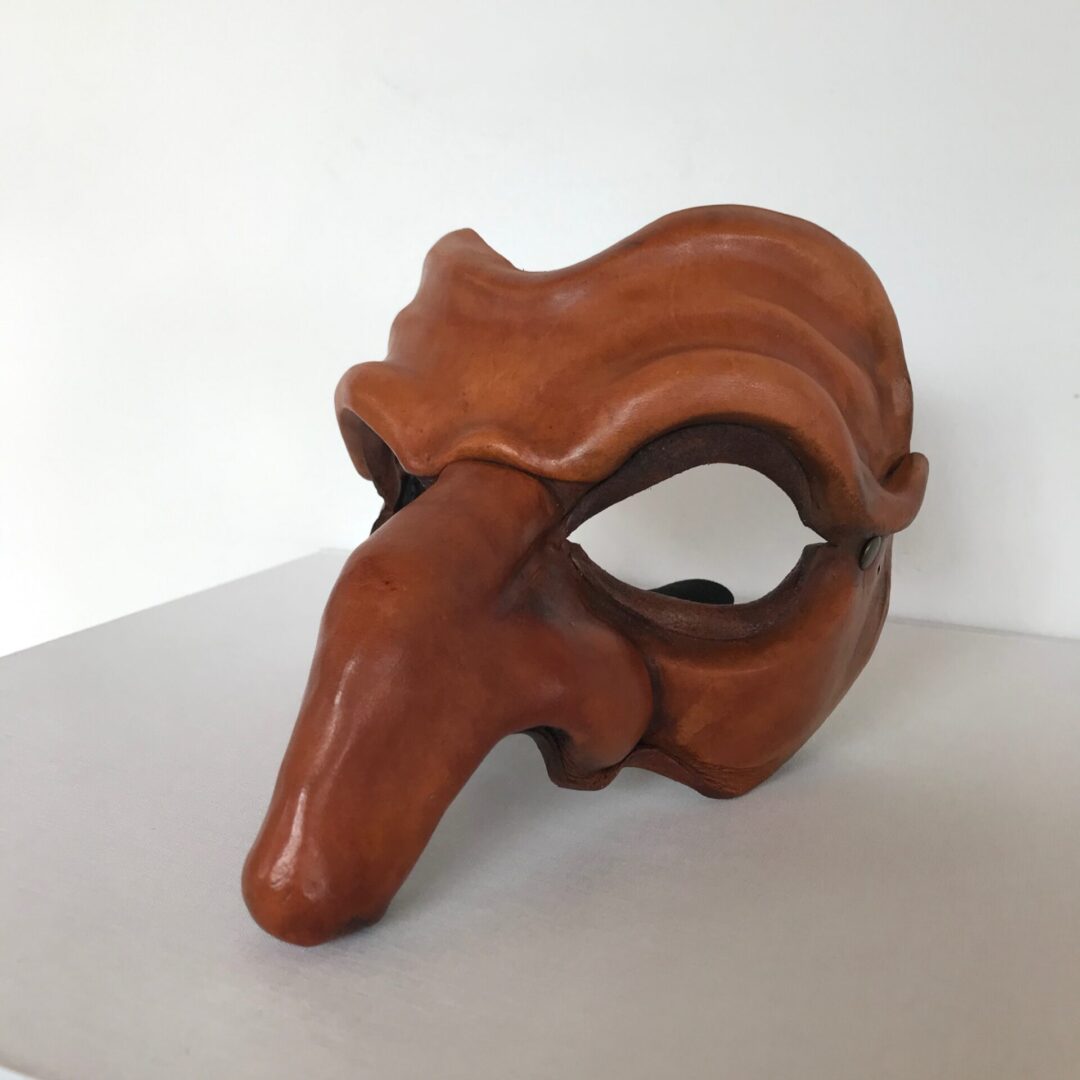 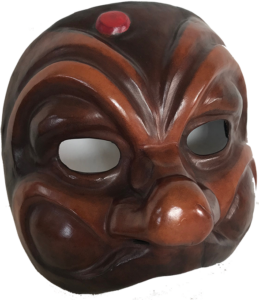 The term "slapstick comedy" comes from the use of slapsticks by the Zanni (especially the 2nd Zanni--the lower status servants). What looks like a stick or baton carried by Arlecchino is actually a piece of wood with the center area hollowed out from one end with the other end wrapped in leather. When hitting someone or something it made a slapping sound to exaggerate the severity of the action; it was used in many lazzi moments of physical comedy and became associated with physical antics.

“Asides”, first used in Commedia, are the actions of characters coming forward to speak directly to the audience, to explain talking points, to reveal true emotions, or to set up comic actions. They then would immediately retreat back into the scene as if nothing happened. An “aside” was readily adapted into Restoration Comedies and later used in comic scenes in plays and television.

Mezzetino wearing stripes? He was a more sinister character. Medieval documents indicate that striped clothing was negative and relegated to those on the margins or outside the social order, including jugglers, slaves, servants, and clowns, and even became associated with the devil.

Arlecchino's (Harlequin's) colorful patchwork costume? The early character was a servant from lower Bergamo, who sewed varicolored patches on his jacket and breeches. Later in the 17th c., these became the famous blue, green, and red triangles or diamond-shaped material for the actor's costume. His soft hat was usually adorned with a rabbit, hare, or foxtail, or tuft of feathers--a tradition from antiquity for anyone who was the butt of ridicule.

Niccolo Macchiavelli's comedy "La Mandragola" (1520) was partially improvised and provided a comedic precursor to later Commedia dell'Arte scenarii. However, through this play, he ridiculed priests, not something Commedia actors dared do.